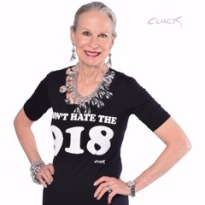 Paula Wood is a jewelry designer who has exhibited her art both locally and nationally. In addition to her focus on exquisite combinations of gems and beads, she is a portrait artist specializing in pets and gains constant inspiration from her beloved Boston Terriers and French Bulldog. She was selected as the Philbrook Museum 2016 Festival of Trees collectible pin artist for the second time in her career, having also been chosen in 2012 for the juried honor. Paula will be participating as a designer in the Foundation for Tulsa Schools 2017 Designer Showcase home.

Paula’s design career has spanned over 30 years. Her jewelry and clothing creations were sold to major markets around the country as well as locally owned businesses. Her unique designs have appeared in newspapers, catalogs and have been featured in numerous trunk shows.  She also designed clothing and fabric designs for Traditional Trading, and was among a few select artists chosen by Claudia Imel, a prestigious handbag manufacturer, to create and paint designs as a part of her national collection. Paula also worked for the Linda Layman Modeling agency as a trunk show model for Tulsa upscale ladies clothing stores for multiple designers including Victor Costa.

Paula hosted a live segment on the News at Noon, KOTV, CBS affiliate as the Shopping Expert for 10 years alongside anchor Glenda Silvey. Her focus was to showcase small and unique shops around Tulsa and to help inspire and enliven her viewers.

A Tulsa native, Paula graduated from the University of Tulsa. She taught costume design at a local high school and has recently retired from Tulsa Public Schools, having served as Director of School and Community Relations. Her career also included local grant project management of Student Voices, an initiative of the Annenberg Public Policy Center at the University of Pennsylvania.

Paula is currently serving on the advisory boards of the Women’s Foundation of Oklahoma, Johns Hopkins University/Talent Development Secondary and the Oklahoma School for the Arts. She is a member and former board member of the Rotary Club of Tulsa, the Assistance League of Tulsa and serves on the Mayor’s Police and Community Coalition. She is an advocate for her community and has served in leadership capacities as a board member and worked and collaborated on projects for The Junior League of Tulsa, The Arts and Humanities Council, and The Tulsa Women’s Foundation. She was also a member of the Tulsa Preservation Commission, a mayoral appointment, and served a term as secretary.

Paula received a special recognition award from the Tulsa Regional Chamber in May 2016 for her contributions to Tulsa Public Schools and the community.

Paula considers her children, Ashley and Paul, as her most significant contribution to the world. 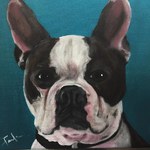 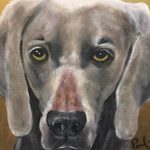 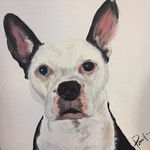